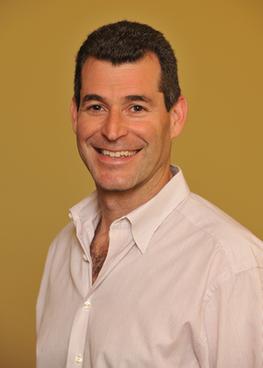 For Dr. Behar, the path to becoming a Chiropractor is a personal one. Raised in East Northport, N.Y, his family moved to Florida when Dr. Behar was in his teens. He attended the University of Florida and graduated in 1991 with a Bachelor of Science in Accounting. At this point, his life took an interesting turn. Always suffering from acute Migraine Headaches, his pain became so severe that he became worried about working and earning a living as an accountant. He had tried many different types of medications and treatments and took a litany of tests. Shortly after graduating from college, a friend convinced him to attend a lecture by a family physician on his “How the body really works”.

Dr. Behar was introduced to many of these doctors patients who had been in acute and chronic pain and had experienced relief. This doctor was a Chiropractor and Dr. Behar soon began seeking chiropractic care himself. The chiropractor took some x-rays, adjusted his spine and gradually the migraines declined to the point where he experienced pain infrequently. That’s when he decided to become a Chiropractor himself. He then attended Life Chiropractic University in Marietta, Georgia where he graduated with his Doctorate in December 1995.

Dr. Behar has been a licensed Chiropractor for over 20 years and has practiced in Pembroke Pines and Weston. He has worked with infants, young children, teens, adults, and professional athletes. He is certified in Manipulation Under Anesthesia (MUA) and is a member of the Florida Chiropractic Association. He and his staff regularly attend seminars and conferences in order to stay up to speed on the latest technological advances in the field today.

Dr. Behar lives with his wife and two children in Weston, Florida. His hobbies include tennis, skiing, and pilates. Dr. Behar is a living, breathing example of just how Chiropractic care can change your life. He lives it, believes it and is living a truly healthier life because of it.

Bianca graduated from Florida College of Natural Health with an Associates of Science Degree in Natural Health and has been working with Dr. Behar for over 10 years. She is a Licensed Massage Therapist (MA-54185) and specializes in Spot Therapy and Reflexology. She has been practicing Massage Therapy for four years and is L.M.T. licensed.

I came in with a chronic headache for over a week and had serious concerns, as I had no history. I come from a pharmacist family so had some reservations about chiropractic but based on Dr. Behar’s history I decided to give him a try. I felt very comfortable with his analysis and treatment, and I was pleasantly surprised that my headaches were gone in a few visits. I can tell by the way he works that he has a rare set of what I call “million dollar hands.” Pines Family Chiropractic will be at the top of my list if anything comes up in the future.
- Greg N.

I am an avid customer of therapeutic service and have been for over 10 years. I know a great Doctor or Practitioner when I see one and vice versa. Chiropractors seem to have a stigma attached to them because of charlatans in the industry but Family Chiropractic is different. I highly recommend this office if you’re looking for honest, affordable, and effective chiropractic care, this is the place.
- Ruben M.